To speak to an attorney regarding this issue, contact Adam J. Langino or Leslie M. Kroeger directly at 561.515.1400 or
email them at alangino@cohenmilstein.com or lkroeger@cohenmilstein.com.

The Dual Ended Combat Arms Earplugs 2 (CAEv2) earplugs designed and manufactured by Aearo Technologies, Inc., which was subsequently acquired by 3M Company, Inc. in 2008, are defective because they are too short for proper insertion into user’s ears and can loosen imperceptibly, hampering the effectiveness of the hearing protection device, potentially leading to damage to the user’s hearing.

Testing as early as 2000 by the manufacturer identified these defects, but the test results were not fully disclosed to the U.S. Government. The U.S. Department of Justice intervened in a whistleblower claim relating to the earplugs, which 3M settled in June 2018.

These earplugs were used across all military branches, including stateside training and conflicts abroad. They were standard issue and the only dual-plug earplug used by the military from 2003 to 2015, it is estimated the U.S. Government bought one earplug for each deployed solider during that time period.

Any service member from 2003 to 2015 who used the earplugs and has suffered any hearing damage may be a possible claimant.

If you are a current or former U.S. military service member, who used the standard-issued Dual Ended Combat Arms Earplugs 2 (CAEv2) at any time between 2003 – 2015, and suffered any hearing damage, you may be able to participate in a products defect case investigation against the earplug manufacturer: 3M Company, Inc., which acquired Aearo Technologies, designer and manufacturer of the CAEv2, in 2008.

Please take a moment to provide us with the information requested below, and we will contact you to schedule a confidential consultation. 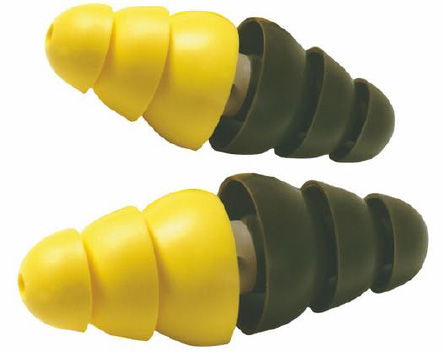